Along with the potential to eradicate white-collar crime and mitigate financial impediments in remittances and trade, going cashless is almost assured. But that doesn't necessarily make a good thing.

Between the coronavirus pandemic frightening people away from paper cash, and with the majority of the world's central banks creating their own digitized fiat, it's safe to say that a digital-only future is coming.

But while there's unquestionably a looming shift toward cashlessness, not everyone is totally on board yet. A 2019 study conducted by the Federal Reserve bank of San Francisco revealed that even as paper transactions slowly decline, cash remains still king. Up until the last annual survey, fiat remained the most prolific form of payment, citing an approximate 30% share, with debit only just overtaking cash in 2018.

This goes, quite literally, doubly for smaller transactions. Cash continues to dominate modest purchases, with nearly half of all payments under $10, and precisely 42% of transactions under $25, being made via physical currency.

What's more, despite the presumption of a millennial inclination toward digital totality, those aged between 18 and 25 held the highest share of cash use (34%), followed swiftly behind by those aged 65 and over (33%).

CBDC: A Step Toward a Cashless Future

The impetus behind issuing these instruments differs from institution to institution—and particularly between emerging markets and more advanced economies.

Per the BIS, the latter care more about domestic payment efficiency and financial inclusion. Whereas, institutions within advanced economies cite payment safety and robustness as well as economic stability as a primary motivator.

But while the jury's still out on whether a CBDC could indeed deliver the financial utopia central banks are pining for, evidence suggests that cashlessness and a shift to CBDCs might do more harm than good.

In 2018, a UK-based report on the impacts of going cashless highlighted that nearly half of all Brits still rely on paper money. This includes those living in remote or rural areas who lack reliable internet coverage, as well as over 1.3 million unbanked British citizens.  And while confined to the UK, a highly developed country, the research hints to an undoubtedly ubiquitous concern with cashless societies—particularly within less advanced economies in which financial services are scarce.

The issues of cash reliance, however, only skims the surface.

When it comes to centrally issued CBDCs, financial privacy may become a thing of the past. Payment data will be monitored, and freely available to every business, bank, and person ever transacted with—and, consequently, more vulnerable to data breaches, especially when stored on central servers. Technical difficulties offer another impediment. Outages, emanating from downtime, and maintenance of centralized servers could end up restricting access to money.

However, perhaps most concerning is the potential for overreach. Historical precedents have shown that neither governments nor central banks are above controlling consumer behavior.

Back in 2010, payment monoliths Visa and MasterCard were forced to outlaw online betting payments after the US government imposed stricter anti-gambling legislation.  More recently, in 2018, banks in both the UK and the states banned buying bitcoin via credit card, citing susceptibility to credit risk.

While both restrictions were implemented with honest intentions, the very fact that they were able to occur raises a few red flags.

Does Bitcoin Hold the Answer?

From central servers offering a single point of failure to placing control in the hands of a central institution, a common theme arises: centralization. Bitcoin, on the other hand, has no such allegiance to a single entity. In fact, bitcoin's foundational model is intended to distribute control among as many users as possible, all in an effort to achieve financial disintermediation and ensure near-perfect uptime.

Moreover, unlike the dollar, digitized or otherwise, bitcoin isn't subject to monetary policy. And while not providing complete financial anonymity, it gets relatively close, affording user pseudonymity—meaning that even if transactions are exposed, personally identifiable information is not.

Bitcoin still won't solve issues with internet coverage, but it has been proven beneficial for those who lack access to traditional financial services. As touched upon in a previous research piece, developing economies have embraced bitcoin peer-to-peer (P2P) trading for this very reason.

In August, for example, P2P bitcoin trading peaked to an all-time high of $18.3 million in Subsaharan Africa, and $13 million in Latin America.

Bitcoin may not be a panacea, but it's undoubtedly a useful tool for evading the trappings of a centralized financial system—and when society does finally jilt cash, it may prove even more important. 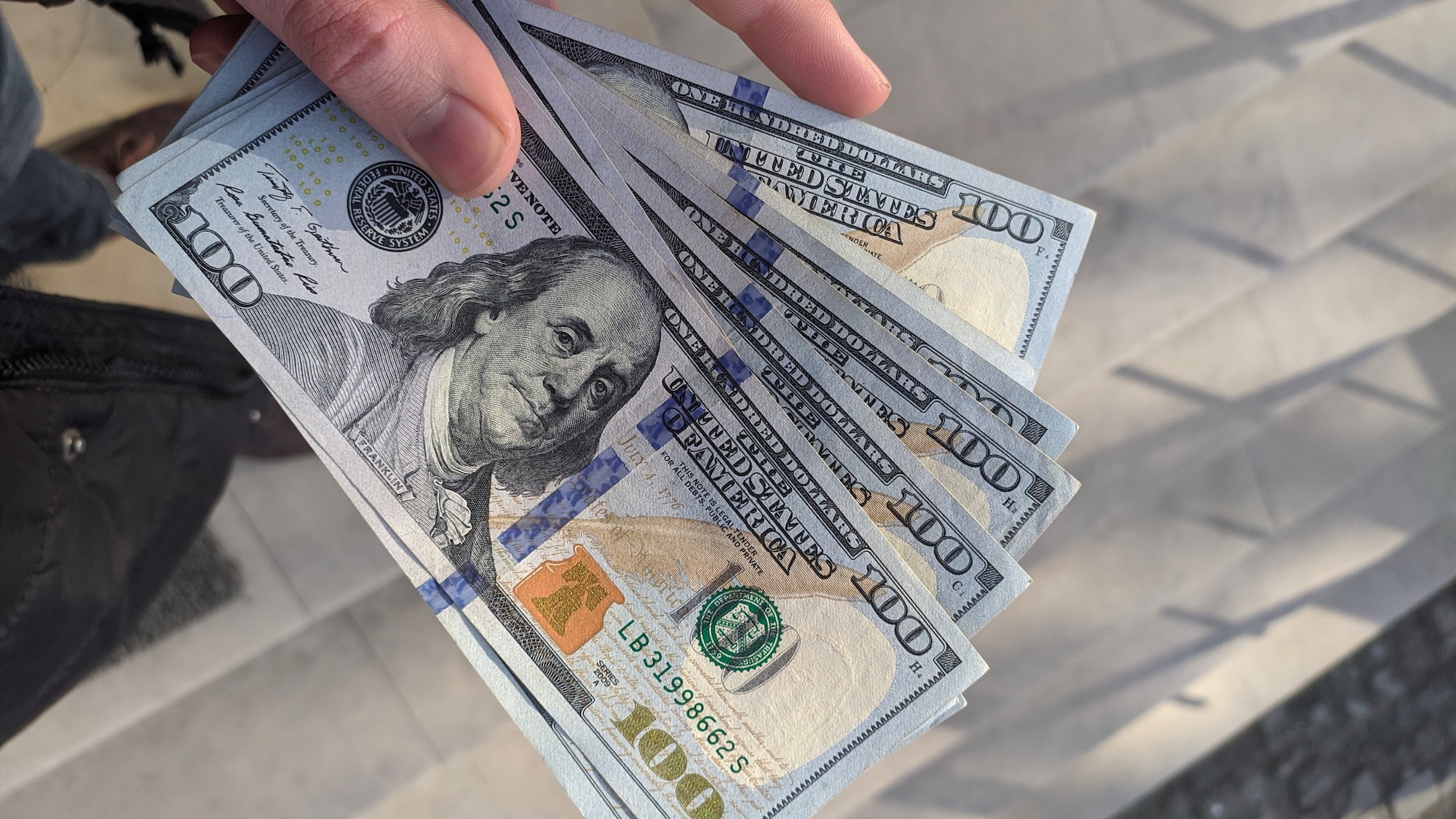 The unholiest of trinities: inflation, a deep recession, and the looming unemployment rate could be about to cause an environment that only bitcoin can stomach.

This week we look at the consequences of a cashless society and what it could mean for the future of fiat.